We are often asked what the letter following the word "Nikkor" on early pre-Ai lenses means. Each Nikkor lens has certain markings indicating the optical design. These letters were codes indicating the number of elements in each lens. The letters are derived from Latin and Greek words denoting numbers:

For example the 50mm f/2 Nikkor S would indicate a 7 element lens. Later the letter 'C' began to appear, following the code letter for the number for elements: e.g. 50mm f/1.4 Nikkor SC. The C-type Nikkors indicate that some or all of their glass elements are multi-coated. There were slight cosmetic changes that also differentiate the C-type lenses, which have a black finish to their filter ring 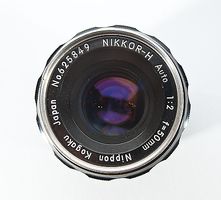 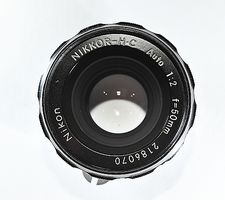 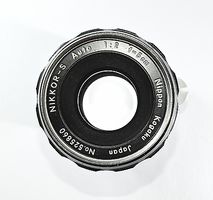