Home / About Us / In The Movies

If there is a Saville Row equivalent for cameras, then Grays of Westminster is it.

“If there is a Saville Row equivalent for cameras, then Grays of Westminster is it. The shop is more like an elegant living room than a retail establishment and knowledgeable, smart ladies and gentlemen conduct their business effortlessly and with a knowledge and courtesy almost unseen outside a bespoke tailors.

“Having been a committed Nikon user all my adult life, this temple to the marque, which holds some unique pieces, has me pressing my nose, childlike, to the cabinets, revisiting memories of once-loved and long-gone cameras I used to own.

“Grays of Westminster has supplied a very large number of lenses for me for a number of feature films over the years. the speed of delivery, quality of the merchandise and just the sheer pleasure of dealing with someone who completely understands my requirements and still considers a hand-written letter a necessary part of the service ensures my frequent return.

“There is also the question of Gray Levett's clairvoyant abilities: I shall always remember my surprise when shooting a movie in the States. I had had an enormous amount of difficulty in sourcing the particular Nikon lenses I wanted from the U.S. Suppliers. I picked up the phone to Gray. 'Ah, Mr. Oliver,' he said, 'I've been expecting your call...'”

A cinematographer for 26 years, Tristan Oliver has worked across the film disciplines. His long collaboration with director Nick Park includes the Academy award winners Wrong Trousers, A Close Shave and The Curse of the Were-Rabbit. His work with other directors has produced BAFTA short winners, Stage Fright and The Big Story, as well as the popular feature films Chicken Run, the Academy award nominated Fantastic Mr. Fox, and ParaNorman. In 2017 Loving Vincent, the first fully painted animated movie where live footage is painstakingly overpainted in the style of Van Gogh won world-wide acclaim.

In the field of commercials, he has filmed a number of significant live action/animation mix campaigns most notably for Sony, Becks, Tesco and Tennants. A member of AMPAS & BAFTA, Tristan has sat on the BAFTA Film and Children's committees with responsibility for children's and family film. He has chaired the animation category awards' jury on a number of occasions. Tristan is a graduate of the University of Bristol and Bristol Film School. His early success in winning the BP Kodak and Fuji Student Cinematography prizes led to a short period at the Moscow Film School. 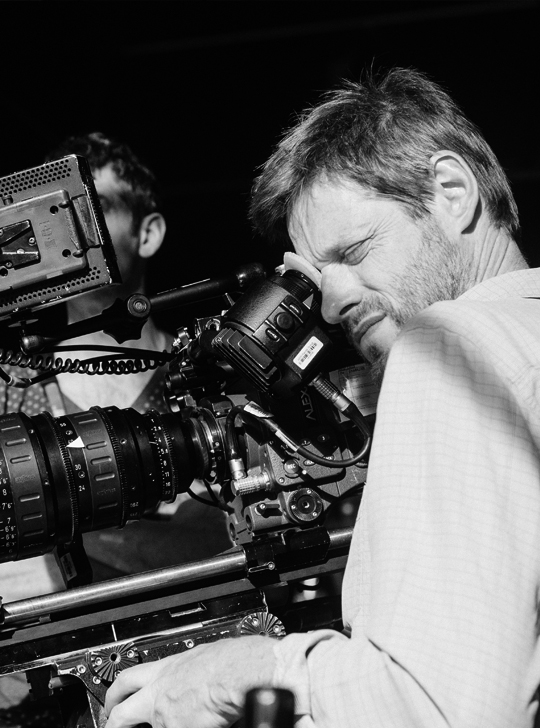 “Stanley Kubrick left school in the mid-1940s and became a professional photographer for Look magazine. In fact, as a teenager, he was the youngest staff photographer the magazine ever employed. He began with a plate camera and then moved on to the 2.25 format.

“In the early 1950s he moved over to 35mm SLR cameras and never looked back. He probably had more cameras than shirts and though he sometimes dallied with other makes Nikon was always his preferred system.

“I only ever knew him to defer to two people on matters photographic: Geoffrey Crawley, one time editor of the BJP*, and Gray Levett and the Grays of Westminster gang down in Pimlico who continue to give us an unrivalled service”.

Director of Eyes Wide Shut, Full Metal Jacket, The Shining, Barry Lyndon, A Clockwork Orange, 2001: A Space Odyssey, Dr. Strangelove or: How I Learned to Stop Worrying and Love the Bomb, Lolita, Spartacus, Paths of Glory, The Killing, Killer's Kiss. 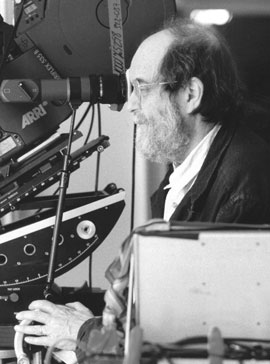 About Grays of Westminster

“Straight off, Churton Street is the wrong address.

“Where should they be, I hear you ask? The answer is obvious, Harley Street.

“With the kind of specialist care and advice that is Grays hallmark, there should be a waiting room with old copies of Punch and Country Life.

“On a serious note, one doesnt just shop at Grays of Westminster, youre made welcome and served by people who know and care equally for the Nikon product and their valued customers. And whether youre buying a filter or the latest camera body the help and courtesy will be at the same high and all too rare level.

“This extraordinary mixture of kindness and knowledge puts every other shop, camera or otherwise, to shame.”.

John Krish, writer, editor and director of both features and documentary films started his career in the early part of the Second World War when he was 16 as an assistant to directors and editors in the GPO Film Unit that became the Crown Film Unit.

With such a thorough apprenticeship he was to develop into a writer and director whose work ranged from Science Fiction, Unearthly Stranger to sophisticated British comedy, Decline and Fall. His television work included The Avengers and many familiar commercials.

Recently his long career in Documentary has come to the notice of the critics who described him as the master of Post War Documentary and the compilation, A Day in the Life with four of his deeply felt films was given The Evening Standard Award for Best Documentary. 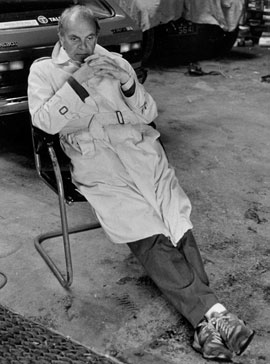